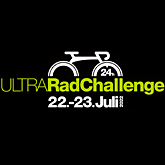 Five thousand cyclists from 70 countries took part at the second annual Gran Fondo New York International ("GFNY") on May 20, 2012. The event was preceded by the NYC Bike Expo, a two day exposition of all things road cycling in the heart of Manhattan with an attendance of 15,000 people.

The 110 mile/177km course starts on the world's most travelled bridge, the George Washington Bridge. Riders were anxious to get their shot for glory: blue skies and 75F/24C made for ideal riding conditions, like in GFNY 2011. The King and Queen of the Mountains were determined over four timed climbs, including the featured climb "Montagna dell' Orso", known to locals as Bear Mountain, situated in Harriman National Park. The total elevation gain the cyclists had to conquer is a challenging 8,500ft/2,800m.

Wladimiro D'Ascenzo of Italy did not hesitate long to show who's the boss: his attack half way up the second timed climb proved insurmountable for the rest of the pack. Local cyclist Anthony Fatuzzo of New Jersey was the first one to attack on climb one and at the end took silver from New Yorker Igor Volshteyn. Susan Jones of Canada dominated the women's competition and is now the 2012 Queen of the Mountains. Both winners rode away on brand new Pinarello racing bikes while hundreds others enjoyed competition and raffle prizes offered by other event sponsors that totaled a staggering $100,000. To keep their race clean, organizers conducted out of competition and post race doping controls.

But GFNY is more than just the racers vying for the win. Thousands fulfilled their dream of finishing a tough but beautiful 100+ mile bike ride. The backdrop of the Manhattan skyline from Weehawken, New Jersey was the perfect setting to finish a long day. The al dente Delverde pasta helped to refuel the depleted bodies. "Seeing all the smiling faces crossing the finish line really made our day", says GFNY co-founder Lidia Fluhme. "It makes the hard work we had to put in for the past year so worth it. We're so humbled by the amazing performances of so many people from all over the world. Having riders travel all the way from Australia to NYC is a tribute to the world's greatest city and to Gran Fondo."

GFNY raised money for Operation Smile, a charity that provides children with facial deformities a normal life through surgery. Both GFNY and Operation Smile partner with Gran Fondo Roma, an inaugural event that will be held on October 14, 2012. GFNY and GF Roma will crown the champion of the two worlds to the male and female rider who finish best in both events.

GFNY 2013 will be on May 19. Registration is already open and spots are filling fast. 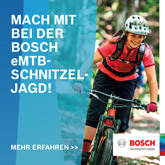 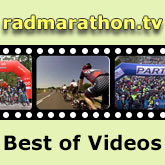 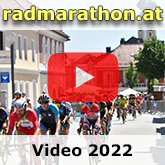